Have you ever asked yourself “Is this what I really want to do?” while listening to one of your professors in university giving a lecture? Do you ever have second thoughts about whether you’ve chosen the right path? Although there are no precise studies about the number of people who are following a university directly related to their skills and passions, there are some estimations suggesting that only about 27% of young people are currently working in the field they have studied.

So who is to blame for this situation? The system? The teachers? Or perhaps the parents? Probably all of the above. Let’s take the educational system, for instance. In some European countries, like Germany, there are organizations, such as “Agentur für Arbeit”, which provide pupils with a personal advisor. This is not compulsory, so pupils have the freedom of choosing whether they want to be part of the program. Fadi,18, is one of the people who have benefited from this agency. He is currently an intern in the city Council of Wegberg and feels that this is mostly thanks to his personal advisor. Ever since he was 15, he went to see his career counselor, who monitored him and noticed Fadi’s skills and competencies. She then suggested for Fadi to follow a vocational college, which was related to his interests, leading him where he is now. Fadi also has friends who chose not to be a part of the program, some of whom are now either studying something that they don’t like, or are unemployed. In conclusion, Fadi believes that “it’s a pity not to take advantage of such an opportunity” and he’s very satisfied with the work of the people in Agentur für Arbeit.

On the other hand, in countries like Bulgaria there are no such programs. This could partly explain the mismatch between people’s skills and their work, which in turn leads to the lower living standards than in Western Europe. This is one reason why people like Maria, 26, who loves to draw, do not further study to develop their talent – she knows that it’s a small chance to have a decent living, since these kind of artistic talents are regarded more like hobbies. Maria, who has studied law, confesses that “a talent like drawing needs all of you” and that if she were 19 again, she would probably choose to struggle more and study what she really loves. Maria is not the only one who has chosen to go to a university program which is different from her passion.

Michaela, 21, from Slovakia, has also picked a field which offers more chances to find a well-paid job – languages and intercultural relations. History is what she would have really loved to study, but she is aware that “there are no career possibilities”.

Somewhere in the middle are people like Mariliis, 21, from Estonia. Mariliis is studying English and Economics which she finds interesting. However, she would have also liked to be a dental technician. She can’t really say that she has found her <

>, but rather that she’s “experimenting”.

If people like the above-mentioned have chosen not to follow their dream, Madara, Latvia, thinks differently. She thinks that no matter how difficult, if you are really passionate about what you’re doing, then you’ll manage just well; “it’s not a problemfinding a job, you just go and do what you like”. Madara loves sports, which is why she studies fitness training and nutrition.

Different people, different countries, same issues. Maybe it’s our fault too, because we don’t engage in more activities during our adolescence, so that we discover what really drives us, or that we’re not sufficiently committed to our <>, in order to stick to it no matter what. The conclusion? The educational system is deficient in some countries, which affect young people’s personal development. Nonetheless, this situation proves the fact that we’re not that far apart and it should make us more “united in diversity”. 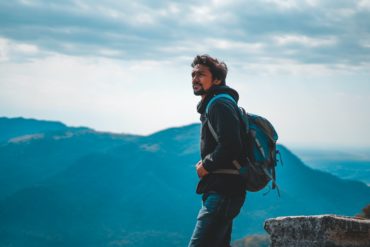 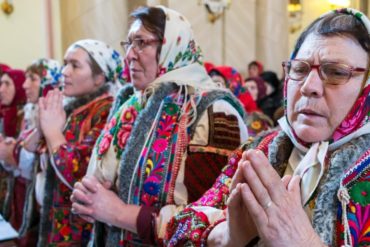 Romania’s Csángó population is defined depending on the context and who makes that definition. A politically correct definition could be…